Cooking the Book – The Final Installment

Posted on December 17, 2017 by thelostpenguin

In an odd confluence of events and cooking motivation, I ended up cooking both November and December’s recipes within a week of each other. Making November’s recipe on pretty much the last day of November in a last minute resolution to a culinary disaster and December’s being made the following weekend in a more relaxed state of mind.

First up we have November’s recipe, the tortilla pizza. I’d started the evening intending to make a big pot of veggie chilli and in a comedy of errors (involving picking up essential ingredients on the way home from work that I already had in the house and failing to pick up essential ingredients that I didn’t have) my plans ended up entirely derailed. Finding myself standing in the middle of the kitchen staring mournfully at a packet of flour tortilla and feeling uninspired, I suddenly remembered the Tortilla Pizza recipe in Lorraine’s book. So I grabbed that and was able to knock together something similar from what I had in the fridge, using up sundry left overs – half a yellow pepper, the end of a tube of sundried tomato paste, some tinned pineapple and several kinds of cheese. It tasted surprisingly good, no doubt assisted by the seasoning of triumph that came from rescuing dinner from disaster. 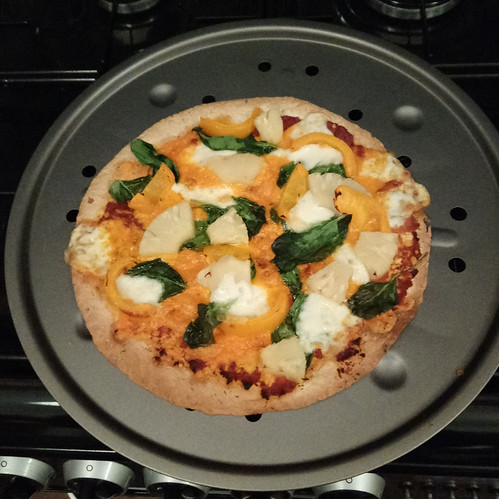 At the time it felt a bit more like failure of adulting, but various friends have since assured me that it was in fact an adulting success! I rescued successful dinner from the jaws of defeat. Making the point that any aftermath of culinary disaster that ends with something both tasty and homemade – in fact that doesn’t end in either packet noodles with baked beans or a visit to the chippie – should definitely count as a success. So I will be attempting to take the lesson to heart and I’ve added Tortilla Pizza to the list of Emergency Back-up dinners.

Feeling buoyed with my recent culinary success, the following weekend, planning to make soup for my visiting parents, I decided to be adventurous and make a new soup. I’d recently discovered that my landlady has a slow cooker at the back of the cupboard, so I made an attempt at Sweet Potato and Lentil Slow-Cooker soup. The five-six hour cooking time is a bit of an awkward duration as its really too long for an evening or morning around shifts and too short a time to be left cooking while I’m either on shift or asleep. However, I solved it by prepping everything the night before, getting up early to put it on and going back to sleep for a bit before doing the rest of the necessary prep for having guests, while the soup simmered away gently in the background.

It’s a good thick soup, soup you can in fact stand a spoon up in, tasty and stick to the ribs stuff. Though I strongly suspect that Ms Pascale has a rather larger slow cooker than we do, I had to cut down the recipe a bit to bit it all in and I still had gallons of the stuff! 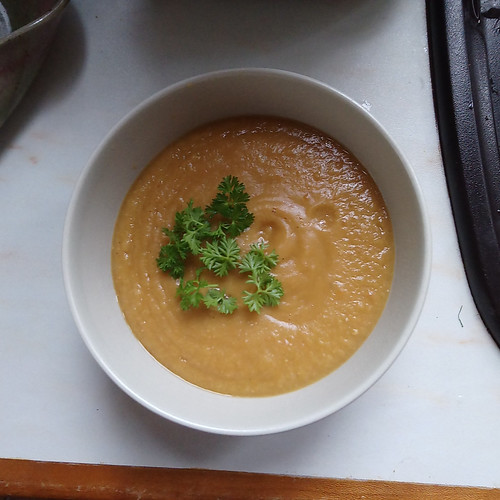 Overall, despite my initial misgivings that the recipes in this book were a bit too fancy for the kind of cooking that I do, its actually proved a great recipe to work my way through. I’ve really enjoyed most of the things I’ve made from it and had great fun adapting the recipes, both to my preferences and to reflect what I happened to have in the fridge. I’m not sure that it has, as its title claims, made me a better cook but it has made me a more adventurous cook, one more willing to both try new things and to adapt familiar things to incorporate new and exciting flavours and tastes.

Whatever shall I do for a challenge next year?!