I hoped, that last month’s post would knock something free in my brain and I would be able to get back to cooking adventurously and writing about it. It did actually knock something loose, because I managed to hit both my targets for the month within a week of writing the post. Hooray!

I manage to combine both my challenges in one during May by baking something from my new cookbook. Technically this is a more substantial variation on a theme from a previous cookbook of hers. I’ve previously made pesto pastry puffs (and for that matter nutella puffs too) from instructions that were a side-not on another recipe – a way of using up left over pastry. This time they’re the main feature and you’re supposed to fill them with chorizo and lemongrass. I chose to make a vegetarian version picking and mixing from the alternate filling option that the recipe offered to some up with smoked cheese and sundried tomato paste puffs. 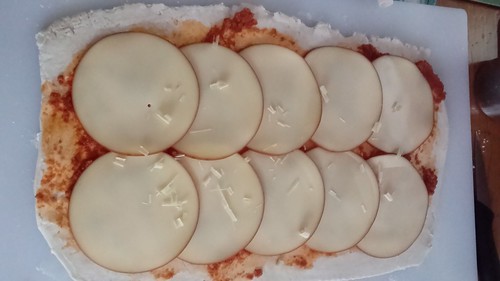 With the chunkier filling these are somewhat more substantial than the previous versions I’ve made, but that’s no bad thing, turning them from canapés to a light lunch. They are absolutely amazing hot, but are a bit claggy cold and don’t re-heat well so I’d recommend only making them when you’ve a few people round for nibbles to help you eat them up while they’re still warm. Either that or just make a smaller batch, or maybe a half batch each of the savoury and the sweet? 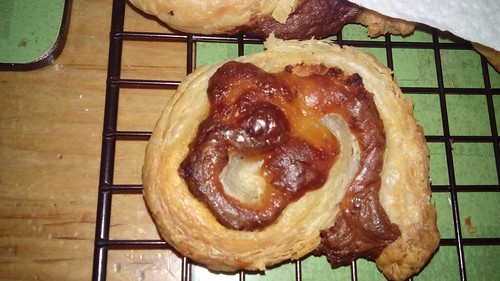 The second one is a bit of a cheat. I wasn’t originally going to count it, but its fun so I’m going to mention it anyway. The recipe book that I’m working through at the moment is front heavy on canapés and cocktails and the like. One of those funny little things, was making fruity icecubes for cocktails and summer drinks. As the weather was rather nice for a sizeable chunk of May – it seems a very long time ago, looking out at the June rain – I decided to try my own version with blueberries. Blueberry icecubes, I’m delighted to report, are rather tasty, though I think if I make them again, I might add a teeny amount of blue food colouring to the water to really make them pop visually. The downside of blueberry icecubes, is that if the blueberry is too close to the top of the cube and end up poking out of the water as they freeze, they sort of pop, and look like they’ve frozen mid explosion. Which is kinda comical looking, but not very appetizing if you’re serving them to someone else. There’s probably a reason the recipe suggested raspberries or strawberries. 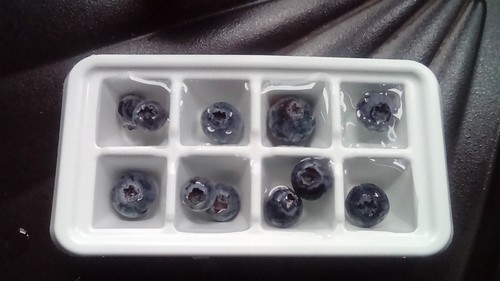