Cookin’ Up My Cupboard

Posted on September 27, 2014 by thelostpenguin

Like many keen cooks, I’m an inveterate borrower of recipe books and reader of food sections in newspapers (also a picker upper of recipe cards in supermarkets), which means that I accumulate recipes I want to cook at a ridiculous rate of knots. Most of which I never make. In an attempt to stem the tide a little, earlier this year I determined that I would make a list of 30 recipes that I wanted to cook and cook them. I have a nice little hand-written recipe book where I’ve collected my favourites over the years, which is almost full and I’d like to finish it, so it seemed a nice convergence to finish it with the successes of this new project.

It started well, with me collecting up all my scattered accumulations from various drawers, cupboards and browser tabs, along with raiding my own and my mother’s cookbooks. I even made a good start on cooking the recipes, making Pizza and Pannacotta, Brown Rice Pilau and Moroccan Stew, a rubbish casserole and an excellent crumble. Then I moved halfway across the country, away from the place where my mum’s cookbooks live (and most of mine in a box in the spare room too for that matter) to a land of shifts and new adventures. Oh and became a vegetarian. I’d planned, for various reasons including health and also an increasing belief that as a species we’re eating far more meat than can possibly be sustainable, to go vegetarian for 3 months at some point this year. So when a work opportunity took me to a new city for a little over 3 months it seemed the perfect opportunity. (It’s easier to stick to when everyone you see daily thinks you’re a veggie, less temptation) I’m two months in now, and it’s going well. I’ve only fallen off the wagon twice so far…both times for Chinese food – as despite Asian food in general usually being a safe haven for veggies the Chinese restaurants up here have rubbish vegetarian options. Being a veggie is actually suiting me really well, I miss chorizo and pancetta, and honestly a proper mince lasagne would be amazing right now, but while I will be glad to be able to eat my favourites again, this has really made me realise how much of my meat consumption is just laziness rather than preference.

Anyway. Cooking from the list has pretty much ground to a halt for the aforementioned reasons. However, this week’s bulk cooks for backshift dinner, were both off the list. 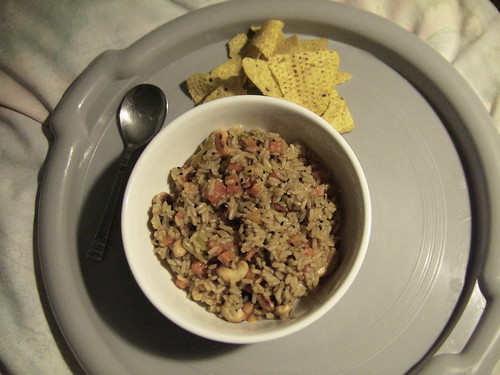 First up the Brown Rice, Carrot and Cashew Pilau that has become a staple for me here, 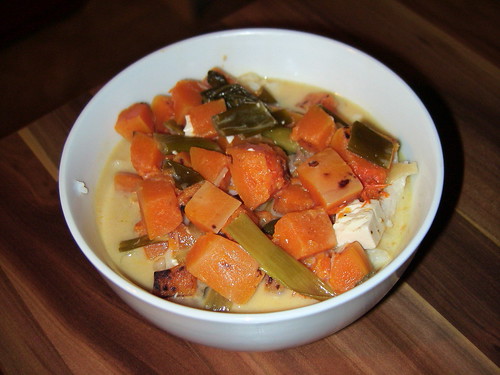 and then second a new one Butternut Squash and Coconut Stew.

Both tasty and filling dishes that are comfortingly straightforward to cook. So it occurred to me that I have almost exactly a month left here before I move on to adventures anew, and I have – as is my wont – amassed a frankly ridiculous amount of cupboard foods, a significant portion of which need used up before I move on to the next place (the storage jars are one thing, the myriad packets and cans are another). So I’ve decided to create a new list of twenty recipes, chosen based on my current dietary requirements and what I have in my cupboards. This should hopefully keep me to only buying fresh produce that I actually need rather than more cupboard contents.

Now I just need to pick them…